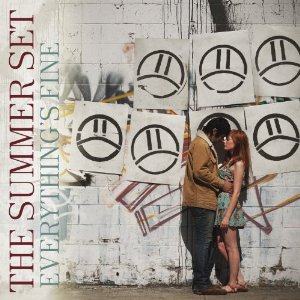 Arizona-based The Summer Set released their new album, ‘Everything’s Fine’ in Australia and New Zealand on February 10, via UNFD.

With the album having been released earlier last year in the US through Razor & Tie – Australian fans will be pleased to get a special edition of the album in its entirety with two extra tracks Crash and Last First Kiss before the band’s first Australian tour.